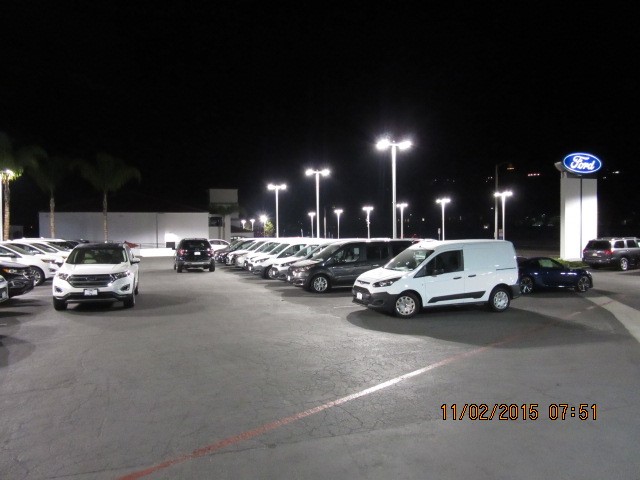 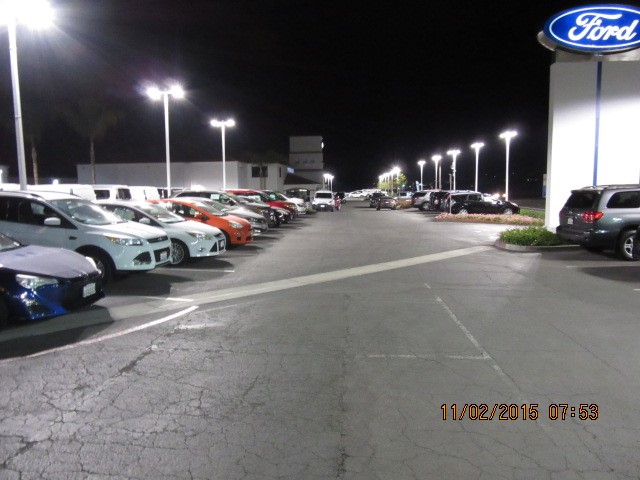 This Southern California Ford dealership experienced frequent outages, expensive maintenance schedules, increased crime in the lower back lot and an overall lack of light throughout the lot.

Due to this dealership offering a lengthy service hour schedule, customers are always coming in to pick up their vehicles or dropping off – the importance of having adequate lighting is crucial. The current 1000 watt Metal Halide fixtures simply were not giving customers the comfort they needed at night.

The ALLED APL5 4 module fixtures were not only able to reduce the amount of wattage per fixture (168 watts) but also improved the quality of light and enabled the security department to be able to track any possible crime in the lot at night much easier. Thanks to ALLED’s custom designed lenses, the fixtures were able to point light in specific areas that lacked light poles.

The dealership decided to go with the ALLED patented and embedded wireless control system, ALLink, that furthered energy savings thank to dedicated light schedules throughout the night that allowed for specific time frames to have higher or lower brightness according to the dealership service hours.

The project was completed in September 2015 with less than a 1.5 year ROI along with increased customer traffic during the night time hours.

The LED lighting project at Pittsburgh International Airport is a win-win situation because it will increase energy efficiency and decrease operating costs for the Airport Authority.

We are pleased to be working with the ALSI team on this pioneering approach to airport facility lighting. This solution saves money, while advancing our mission of exceptional customer service in a safe and secure airport.