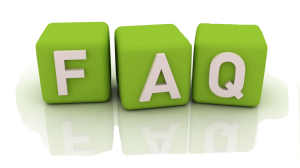 The length of time a fixture can last is based on how long a fixture is illuminated per day.

Why is the life span of an LED measured as “lumen depreciation”?

The LED doesn’t burn out in the conventional sense. To have a way of describing what happens, product life is measured as lumen depreciation. The life span of an LED is much longer than that of incandescent, fluorescent or HID lamps. Fluorescent or HID light sources also show a reduction in light output before they fail completely.

The concept of lumen depreciation is not new. The Illuminating Engineering Society of North America (IES) current standard for calculating the life of an LED is the operating time at which the LED light output is reduced by 30%.

Do I have to replace LED diodes?

Probably not. It is not really practical since the assembly process for the individual diode requires precision control of temperature and excellent process cleanliness. A more important question is to consider the arrangement of LEDs within the fixture. Just like the old Christmas tree lights where one bad bulb made and all of the lights in the string turn off? If all the LEDS are connected in series, one could get the same effect.

How are LEDs able to outperform HID?

Think of a simple source of light, like a traditional incandescent light bulb, surrounded by a sphere. Light is given off in all directions and illuminates the inside of the sphere almost equally. With an LED, the light is directional, and is given off predominantly in one direction. If the LED points downward, imagine that the top of the sphere will be quite dark. If our working surface is below the sphere one will get almost as much light on the working surface, by starting with a light source of half the intensity of a traditional light source. This is not a fully accurate model but it does express the principle. In reality, the conventional source will probably have a reflector in an attempt to redirect some of the upward and sideways light downwards. However, the LED light may also have a lens or reflector to concentrate the light at the working surface.

One advantage of the LED light is that the side glare is significantly reduced compared to a conventional light source. Again, imagine the inside of the sphere. This is quite beneficial for cities with “Dark Sky” initiatives.

In an ALLED light fixture using reflectors, one can quite accurately direct light where it is needed.

Why is the operating temperature critical to the life of the LED fixture?

The failure rate for most electronic components will double for every 10 °C increase in temperature. This is true for both the LEDs and of the power supply. LED manufacturers have demonstrated that at an LED junction temperature of 135 °C one can expect to get 50,000 hours of operation before the light output will have degraded by approximately 30%. The above “10 °C” rule suggests that if one operates the LED at 85 °C will extend the 30% light-degradation interval out to about 16 x 50,000 hours, or about 800,000 hours. As the LED manufacturers’ accelerated life tests continue, one can expect this result to be verified by actual test data.

ALLED’s light fixtures are designed to take advantage of this fundamental, temperature-related characteristic of electronic components. For a typical ALLED streetlight design, at an ambient temperature of 20 °C, the LED junction temperature is approximately 85 °C. It follows therefore that one can project that the fixtures will see only a 1-to-3 percent degradation over a 50,000 hour period compared to upwards of 30 percent by other LED lighting companies.

As an LED’s junction temperature gets hotter, its light output will be diminished. At a 135° C junction temperature, the LED will meet the manufacturer’s specifications. Operating an LED at high temperature results in lower initial light output and a much shorter life. ALLED’s fixtures are designed with thermal properties and electronic components to minimize light loss and maximize life by operating the LEDs at a consistently lower temperature.

What is junction temperature?

“Heat management and an awareness of the operating environment are critical considerations to the design and application of LED luminaires for general illumination. Successful products will use superior heat sink designs to dissipate heat, and minimize junction temperature. Keeping the junction temperature as low as possible, and within manufacturer specifications, is necessary to maximize the performance potential of LEDs.”

That DOE’s statement above can be said to be the Mission Statement for ALLED and is strictly incorporated into the design and engineering of its product.

Why are ALLED’s patented reflector designs critical to efficient use of its fixtures?

The intention of a light fixture is to put light where you want it. This can be accomplished with lenses or reflectors, or both. During ALLED’s initial design and development efforts, ALLED discovered that they could get more light, and better control of the light, at the working surfaces, by using carefully designed reflectors. It also became clear that light patterns needed to be modified based on the application of the light fixture. This becomes evident if one considers the difference between a sidewalk light and a parking lot light. One fixture requires directing a narrow beam of light from side to side, and the other requires flooding a large area. ALLED has evolved and patented a selection of reflectors for different applications and techniques for creating new reflector designs, based on customer requirements.

Why is the power supply for an LED fixture critical to the long operating life of the fixture?

The power supply and LED current regulators must create a precise electrical environment to assure LED longevity. An LED does not typically fail like an incandescent bulb, suddenly leaving no light. An LED fails by slowly diminishing light output over time. Protecting the LED from damaging electrical events and controlling its operating conditions is the primary purpose of the power supply.

How does lightning or other transient spikes impact operation of an LED fixture?

If a typical power supply is used for outdoor lighting, transients on the power line will cause instant failure. Most commercially available power supplies are tested to withstand typical indoor transients of 1000 volts. This is a minimal level needed to get past a short warranty period operation in a well protected building environment. It is grossly insufficient for outdoor applications. ALLED’s power supplies are designed to withstand transient events up to 6000 volts, in accordance with the specification ANSI / IEEE C62.41 level B3. This gives a very high probability of survival for up to 30 years in outdoor environments.

Can LED fixtures affect radio or television reception in their area of operation?

Yes, that is possible with a poorly designed power supply or current control regulator circuit in LED lighting fixtures. ALLED’s light fixtures pass the most stringent of FCC (Part 15 Level B) and international regulations. (CISPR22). When evaluating LED product being offered by other manufacturers, any potential buyer should be very careful to evaluate whether such product passes these standards.

What happens if LED fixtures fail?

Most of the fixtures now being offered for sale must be removed from service and repaired by the manufacturer, or (more than likely) discarded. ALLED has designed their fixtures with the intent of preserving the value of the customer’s investment over the very long term.

ALLED’s patented Rapid Change Capability offers unparalleled ability for the customer to be able to remove individual components, replace failed components, and put the fixture back in service in rapid fashion. ALLED also provides failure analysis of fixture components to determine the cause of failure and allow design improvement to occur based on the data collected. Repair kits, tool kits, and repair training classes are offered to customers who wish to be responsible for maintaining their light fixtures without returning them to the factory.

What is the distinction between efficacy and efficiency?

Efficacy is a term used when the input and output units of measurement differ. In lighting, the light produced in lumens is compared to the electricity input in watts. The resulting measure of performance is expressed in Lumens per Watt. Efficiency is a dimensionless term used when input and output units of measure are the same. Lighting fixture optical efficiency is the ratio of the total lumens exiting the fixture to the total lumens produced by the light source. Power supply efficiency is the ratio of power delivered to the load to the power taken from the electricity source.

How does one evaluate LED products?

To fully evaluate an LED product one must understand the individual components as well as overall system efficiency, from the power input to the light output. That is the overall efficacy of the luminaire. One must also understand the difference between catastrophic failure, as experienced with conventional light sources, and the slow depreciation of light output over time, as it applies to LED light sources. The US Department of Energy concluded in its Solid-State Lighting Commercial Product Testing Program that: “Until the field of SSL (solid state lighting) technologies and supporting knowledge matures, any claims regarding performance of SSL luminaires should be based on overall luminaire efficacy (i.e., from testing of the entire luminaire, including LEDs, drivers, heat sinks, optical lenses and housing), to avoid misleading buyers and causing long-term damage to the SSL market.”

Most LED lighting companies have designed product that has poor longer term efficacy. Initially, the product may operate relatively efficiently, but because the designs have not correctly addressed the long term impact of heat in depreciating the LED light output and LED life, such designs clearly run the risk of adversely impacting the migration from conventional lighting product to LED general illumination product.

ALLED believes its patented designs and innovations have correctly addressed efficacy to allow its product to outlast its competitors with a generally maintenance free life of up to 150,000 hours or more.

What are the advantages of using LED lights?

With a correctly designed fixture:

One of the design criteria for a conventional housing is to prevent injury to the user or to prevent starting a fire. Traditionally, only enough cooling is provided to keep the body of the housing at a user-safe level. Therefore, high internal temperatures are common with such fixtures. To operate at a temperature that supports LED longevity, an LED fixture must provide a direct thermal path to conduct the generated heat efficiently to the surrounding ambient air. This is accomplished by designing a large cooling surface area for heat radiation and conduction. This approach is fundamental to ALLED fixture designs, as will be addressed later.

Where are LEDs used to provide lighting?

What is a LED?

LED is short for Light-Emitting Diode. An LED is a semiconductor diode that emits light when current is passed through it. LEDs have been used since the 1970’s as indicator lights on electronic products. Recently the efficiency, reliability, and light output of LEDs have improved to the point where they are not only useful for general lighting applications but are becoming a long term and green alternative to most other forms of lighting applications.