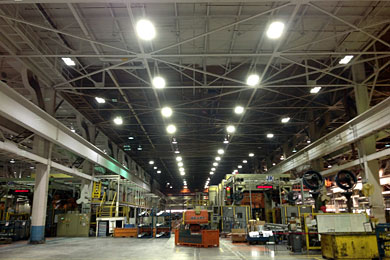 ALLED’s High Bay Series is currently undergoing “remodeling” and will fall off of the DLC (DesignLights Consortium) Qualified Products List in April 2017.

This is a scheduled drop off due to the changing of the fixture. While we are always focused on ultra-energy efficient products, we are also focused on cost and frankly, the high bay series was slightly higher than similar competitor products. However, this does not mean that the remodeling of the fixture will lack any of the superior components used to power this “beauty” of a light!

To date, ALLED’s High Bay Series has over 10,000 products in the field and is installed all over the world, including Australia! This light is a power-house; delivering over 300 watts in order to reduce customer wattages up to 1000 watts. The fixture will also still focus on the ALLED patented reflector technology that has allowed the company to compete in every industrial environment – including 100′ mounting heights!

ALLED hopes that the remodeled High Bay Series will debut at the end of Q2 2017.